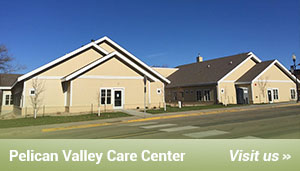 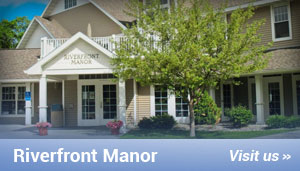 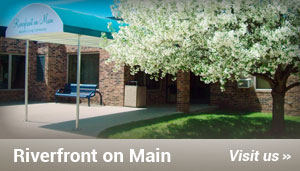 On Wednesday, March 4th, 2015, leaders from four area nursing homes went to the state capitol to testify in front of the House Committee on Aging and Long Term Care Policy. The group has a bill sponsored by Representative Bud Nornes, House File 162, to reclassify their nursing homes so they can get a higher amount of state reimbursement and be more competitive with the Fergus Falls Veterans Home. At issue is the extreme difference between reimbursement rates paid by the state to local nursing homes and the Veterans Home in Fergus Falls. Nathan Johnson, CEO of Pioneer Care in Fergus Falls, John Zwiers, COO of Broen Home in Fergus Falls, Jim Wolf, Administrator of Good Samaritan Home in Battle Lake and Barbara Garrity, Executive Director of Pelican Valley Health Center in Pelican Rapids are hoping to have their voices heard by lawmakers so their facilities can better compete with the local VA nursing home.

The goal of the bill is to change the way those area nursing homes are classified, therefore getting a higher reimbursement rate. Due to geographical location, nursing homes in Fergus Falls, Pelican Rapids and Battle Lake are paid under a deep rural rate classification, the lowest reimbursement rate category. The Veterans Home in Fergus Falls, while located in the same area, is reimbursed under a metro rate classification, a much higher rate. With a higher reimbursement rate, the Veterans Home is able to pay staff much more. “We face the same problems that every long-term care facility in Minnesota faces,” testified Nathan Johnson of Pioneer Care. “Plus we face an added problem that has been inadvertently created by the state of Minnesota.” With such a competitive job market, competition is tough, especially for nursing jobs. “Wages at the Minnesota Veterans Home are set by a statewide contract based on Twin Cities wages. The wages we are able to offer are much lower because of the peer groupings classifying us as deep rural,” testified John Zwiers of Broen Home. “Yet we are being forced to compete against urban wages for the very same jobs. We can’t.” It is a problem being felt in Pelican Rapids as well. “There is such a high demand for nurses and CNAs. The work they do is so important and we can’t operate our facility without them,” said Barbara Garrity, Executive Director at Pelican Valley Health Center. “We have made several wage adjustments over the last year but it still isn’t enough. It’s hard to compete with wages paid at the VA Nursing Home. We need the state to help us fix this disparity.” The group agrees that the wages the Veterans Home pays are much closer to wages that should be paid to their long-term care employees.

There are five Minnesota Veterans Homes in the state, three of those areas already reimburse the facilities surrounding them at the higher metro rate. This bill would help the remaining two, Fergus Falls area facilities and also Luverne, which is a part of this legislation. “House File 162 is a matter of fairness. It will put our facilities on par with the other long-term care facilities near a Veterans Home that have been receiving a higher reimbursement,” said Johnson. While the bill was moved on to the next committee, there is still a lot of work left to be done. An amendment added to the bill at this hearing also officially added Pelican Valley Health Center to the legislation. “It’s really hard to say what’s going to happen at this point,” said Garrity. “We still have a long road ahead of us and there are a few other pieces of legislation being worked on so we just have to wait and see what happens.” Next up, the bill will be heard by the House Finance Committee in late March and will hopefully move on from there. Action must be taken before the lawmakers adjourn in May. 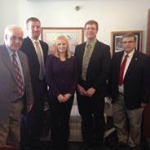